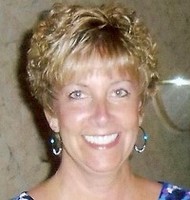 Our dear friend Polly passed away on 07/31/13 after a long and very courageous battle with cancer. She had to be one of the strongest people on the planet, but now she is an angel in Heaven. Our heartfelt thoughts and prayers go out to the entire Caylor family, as well as our friend, Doug Farbo and their son Derek. Polly will be greatly missed, but never forgotten.

Polly J. Farbo, 46, Punxsutawney, died surrounded by her family and friends after a lengthy battle with cancer on Wednesday, July 31, 2013.

She was born on April 2, 1967, in Punxsutawney, a daughter of Harry E. and Shirley O. (Shumaker) Caylor.

She was a member of the First Church of God of Punxsutawney.

She was a graduate of the Punxsutawney Area High School Class of 1985.

She worked as an insurance agent for the Shields Insurance Agency in Punxsutawney.

She loved scrapbooking, shopping, the beach, camping and spending time with family and friends.

She was an inspiration to everybody.

A funeral service will be held at 1:30 p.m. Saturday, Aug. 3, 2013, at the Punxsutawney First Church of God with Pastor Greg Smith officiating.

Interment will be in Calvary Cemetery, Punxsutawney.

Memorial contributions, in memory of Polly, may be made to the First Church of God of Punxsutawney or to the donor’s choice.

Online condolences may be made at www.deeleyfuneralhome.com.